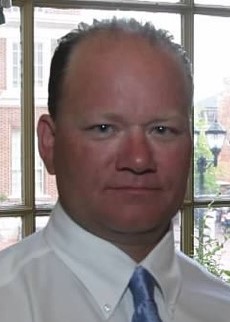 Tracey was the son of the late Virginia Cantrell Daniels and Harry Daniels.  He was the grandson of the late Annie Cothran Cantrell and the late Jessie and Sara Daniels.  He was raised in Danielsville and was a graduate of Madison County High School and studied Computer  Science and Engineering at Control Data in Atlanta. He was employed by Ryder/BMW in Greer SC.

He is survived by his adopted father Harry Daniels and sister Jessica Daniels Booth. Aunts Martha Gunn Burns, Anderson SC, and Gayle Pace, Greenville, SC, and a number of cousins.

Memorial Services will be Saturday morning, 11am at the B D Ginn Memorial Chapel, in Carnesville, GA.  Condolences may be left for family at ginnfuneralhome.com.

To order memorial trees or send flowers to the family in memory of Tracey Daniels, please visit our flower store.