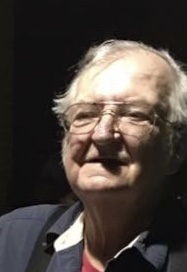 Thomas Brantley Westbrook, 67, of the Ashland community, passed away Sunday morning, October 8, 2017, at the Northeast Georgia Medical Center, Gainesville.
Born July 12, 1950, in Commerce, GA, he was the son of the late Thurston and Mary Lou Parker Westbrook. He was the husband of the late Ethel Letitia Westbrook, the brother of the late Betty McKern, and father-in-law of the late Ricky Collins. He worked for GEM Industries and ASI Group for 45 years. He was a member of the FCHS class of 1969. He was a member of the Nails Creek Baptist Church.
Survivors include two daughters and son-in-law, Janet Collins, and Lisa and Sam Lee, all of Ashland Community; three grandchildren, Ryan, Joey, and Jason; and one sister, Faye Sorrow.
Services will be 2pm Wednesday afternoon at Nails Creek Baptist Church, with Rev. Duane Eller and Rev. Paul Garner. Interment will be in the church cemetery.
The body is at the Ginn Funeral Home and will be placed in the church 1:30 Wednesday afternoon. The families are at their homes. They will receive friends from 6 until 8pm Tuesday evening at the funeral home. Condolences may be left at ginnfuneralhome.com.

To order memorial trees or send flowers to the family in memory of Thomas Brantley Westbrook, please visit our flower store.