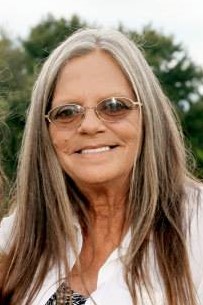 Born October 6, 1955 in Atlanta, GA she was the daughter of Dorothy Anne Williams Thomas and the late Johnny Ronald Dickerson. She was the granddaughter of the late John & Cornelia Williams and Merrick & Dollie Dickerson. She was the step-sister of the late Danny Garmon, and step-daughter of the late Frank H. Thomas. She was a graduate of O’Keefe High School in Atlanta, GA, and had been deputy director of Parks and Recreation Department for the City of Duluth. She was also a member of an all women water department crew for the city of Duluth.  She was a cosmetologist and was an award winning instructor at the Impress Hair Design Academy.  She had been a resident of Red Hill for the past 29 years and was an avid motorcycle rider. She was a member of the Corinth Baptist Church in Cumming , GA.

Graveside services will be 11am Friday morning at Cross Roads Baptist Cemetery with Rev. Ronnie Vaughn.  Condolences may be left at ginnfuneralhome.com.

To order memorial trees or send flowers to the family in memory of Sharon Powell, please visit our flower store.