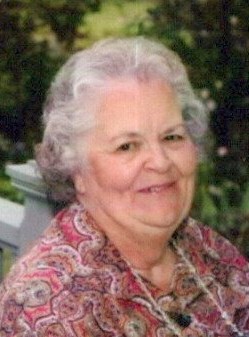 Sarah Vernell Chappelear Carson age 90 of the Red Hill Community, Carnesville, passed away Monday evening, July 18, 2022. She was a resident at The Veranda, Carnesville, GA.

, 1931, in a little house in Hart County, she was the daughter of Corbett Henry Chappelear and Nannie Broome Chappelear. Sarah was the second child with an older brother, two younger sisters, and one younger brother. Sarah was a graduate of Lavonia High School, class of 1948. Sarah met Joe Burns Carson at the Old Lavonia Theater in 1947 and they were married on August 13, 1949. They were married for 69 years. They had four children – Mike, Randy, Kathy and Lisa.

Sarah worked at Coats and Clark for twenty years. She decided to change careers and worked as a nursing assistant before attending North Georgia Tech. At North Georgia Technical College, she obtained a degree as a Licensed Practical Nurse. Sarah also raised and exhibited African Violets for over a decade, winning many awards. Sarah’s passion and favorite part of her home was her kitchen. She loved trying new recipes and making her old favorites. She was always well known for her cooking in the community and spent many countless hours in her kitchen cooking for Joe and her family. Joe and Sarah had a gift for gardening and spent many hours together tending their vegetables and preserving them for winters to come. Sarah sent love to family and friends through her delicious food and well known “fried apple pies.” In 2010, Sarah compiled her favorite recipes and created a cookbook. The cookbook was Sarah’s gift to her family and friends, and was a tribute to her son, Randy. Randy was tragically taken from this world in 1970. She wanted his legacy to never be forgotten.  She was a member of Allens Methodist Church and was one of the oldest living members. She served on numerous church committees over the years sharing much love and compassion with her community. Sarah was the true definition of southern women who raised her family to work hard, eat well, and love even harder!

To order memorial trees or send flowers to the family in memory of Sarah Carson, please visit our flower store.