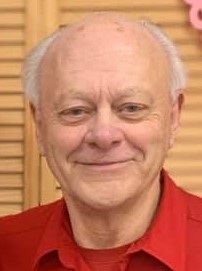 Born March 15, 1956, in St. Louis Missouri, he was the son of the late Howard and Genola Hendrix Mason. He was preceded in death by his first wife, Kula K. Mason, and a brother Larry Mason. He was a long time resident of Dresden, TN.  He was retired from the Bureau of Prisons, and had served as a Lieutenant Supervisor for many years in facilities in Tallahassee Florida, Jesup, Georgia, and Millington, Tennessee. Since moving to Georgia he has enjoyed driving a school bus for Franklin County, and working at Ginn Funeral Home in Carnesville, and for Coile Hall Funeral Home in Hartwell. He was a devoted member of the Franklin County church of Christ.

Services will be Saturday morning at 11am, at the B D Ginn Memorial Chapel with Gary Davis.

The family will receive friends Saturday morning from 9am until 11am at the funeral home prior to the service. Family request that in lieu of flowers that memorials be made to the Franklin County Church of Christ P O Box 328, Royston, GA 30662.  Condolences may be left at ginnfuneralhome.com.

To order memorial trees or send flowers to the family in memory of Ron Mason, please visit our flower store.