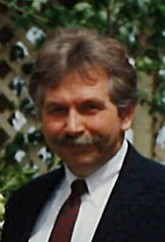 Born February 11, 1948, in Carnesville,  he was the son of the late Richard Clyde and Guynelle Jordan Miller. He was a member of the class of 1966 FCHS, and graduated from Emmanuel College in 1968, and University of Georgia in 1970. He served in the U S Army in Germany during the Vietnam Era. He was a teacher at Franklin County during the 1970’s. He was a systems analyst at Johnson & Johnson of Royston, Bekhert Company in Rome, GA, and Lockeed Martin in Marietta for many years. He attended for many years at the Carnesville Baptist Church where he served as deacon.

Graveside services will be Monday morning at 11am at the Franklin Memorial Gardens with Rev. Danny Newbern.

To order memorial trees or send flowers to the family in memory of Richard Miller, please visit our flower store.