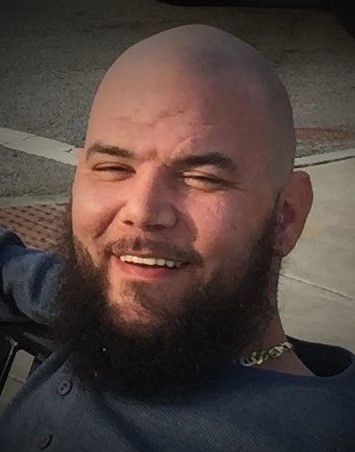 It is with a heavy heart that we share with you that our son, Matthew Lawrence Langston, born November 14, 1980, is no longer carrying the pain of the disease of addiction.   Matthew was taken from us by this insidious, cunning disease, like so many before him, and unfortunately, so many more to follow.   Matthew was a caring and loving son and brother. He  passed away from a drug overdose on November 23, 2021, at the age of 41.  He fought the battle for so long but the demons of cocaine and fentanyl won.  He tried so many times to beat this but in the continuous cycle of addiction he finally couldn’t make it.  His last words to his mom and dad as he left the house the night of his death were “I love You.”   He so wanted to be sober but in the end God called him home to end his suffering.   His family and friends are now only left with the precious memories of Matt to hold on to.  As a child Matt was a Cub Scout, Boy Scout, played football and baseball.  As a child he had dark curly hair and an infectious smile.  Matt knew no stranger and was a strong supportive friend for life.   On the property that was his Great Grandfather’s farm in Franklin County with his Dad and three brothers he learned to camp under the stars, build a fire, cook outdoors, shoot a pistol and a rifle, run a chainsaw, drive a three speed truck, drive a go-cart and get escorted back to the farm by the Sheriff, and fire off bottle rockets, outside of the watchful eye of his Mother back home, all before he was 11.   He loved going to the annual Langston/Weld family reunion at Bold Spring Church on Saturday and to the Chandler Reunion at the old homeplace on Sunday.  He would have an endless appetite for all things edible and sleep on the way home on Sunday with the family and luggage all crammed in the car.    Matt attended Georgia Perimeter College as well as Dekalb Technical College, before earning his HVAC Universal EPA Certification at Interactive College of Technology.  Matt was not afraid of hard, dirty work.  He loved working with his hands.  For many years he worked construction and demolition.  He later worked two jobs at the same time.  One for United Parcel Service in the early morning hours, and then as an automotive service technician during the day for Mavis Tire, Bridgestone, and National Tire and Battery.  He found that working on cars was his true love.  He would proudly come home in the early evening and tell us of the jobs he completed in the shop bay that day.

Matthew was preceded in death by his grandparents Isaac Chandler Langston and Mary Godra Langston of Portsmouth, Virginia; and Raymond Roland Guay and Mary Theresa Guay of Anderson, South Carolina.

A graveside service will be held for Matthew 11:30 Wednesday morning, December 15, 2021 at Bold Spring Church.

The family in lieu of flowers is asking that donations be made to an alcohol and drug treatment center in Matthew’s memory.

To order memorial trees or send flowers to the family in memory of Matt Langston, please visit our flower store.