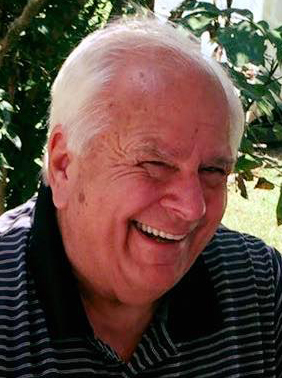 Born July 17, 1940, in Dooly County, he was the son of the late James Turner and Lucille Draughon Brown. He was preceded in death by his former wife and mother of his children, Patricia Cawthon Brown, also a Perry native. Of special note, he is also survived by many nieces, nephews, and other family members who were strongly impacted by “Uncle Larry.” He was the brother of the late Francine McCall, Bobby M. Brown, Alan L. Brown, and Kenny W.Brown. He had been a resident of Carnesville for 46 years and was a retired banker. He was a member and past president of the Carnesville Lions Club. In the 58 active years in the Boy Scouts of America, he was an Eagle Scout, former Scoutmaster of Carnesville Troop 42, and recipient of BSA National Silver Beaver Recognition. He was active and an ardent supporter of both organizations and his enthusiasm will be greatly missed.

The family will be receiving visitors at 2:00 pm Sunday, followed by a Memorial Service at 3:00 at the B.D. Ginn Memorial Chapel, with Rev. Grady Jordan and Rev. David Gattie. In lieu of flowers the family wishes memorials be made to Boy Scout 42, or to their sponsor, Carnesville Lions Club.

To order memorial trees or send flowers to the family in memory of Larry V. Brown, please visit our flower store.