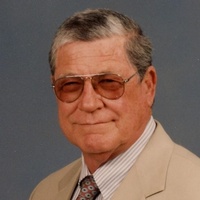 Lt. Col. William Kenneth Cash “Bill”, formerly of Savannah, GA, died after a brief illness in Shreveport, LA on November 18, 2017 at the age of 86. Bill was born on January 27, 1931 in Franklin County, GA where he lived until graduating from Franklin County High School. After graduating from Piedmont College in Demorest, GA he entered the United States Air Force in 1951. Bill flew the KC97 with the 376th Air Refueling Squadron at Barksdale Air Force Base in Bossier City, LA. He met and married Martha Wiggins of Jamestown, LA while stationed at Barksdale. In 1962, he returned to Georgia and became a member of the Georgia Air National Guard serving in both Marietta, GA and Savannah, GA. While in the National Guard, Bill attended the Air War College at Maxwell AFB and earned a Master’s in Education from Troy State University. He retired from the Guard in 1982 achieving the rank of Lieutenant Colonel. Bill enjoyed a good conversation, a good cigar, drawing portraits and cartoons, crossword puzzles, and spending time with the people he met throughout his life.

Bill was preceded in death by his father and mother, Preston and Bertha Cash; his wife, Martha Wiggins Cash; and son, John Sterling Cash. He is survived by his son and daughter-in-law, Steven Marion Cash and Mary Winchell Cash of Shreveport; and twin granddaughters, Mary Alice and Martha Ellen Cash.

Visitation will be held on Saturday. November 25 at 11:00 a.m. followed by a memorial service at 12:00 p.m. at Osborn Funeral Home, 3631 Southern Avenue. Interment will be held at a later date in New Bethel Baptist Church Cemetery in Carnesville, GA
Remembrances may be made in his memory to Shriners Hospitals for Children, Shreveport, LA.

To order memorial trees or send flowers to the family in memory of Kenneth Cash, please visit our flower store.