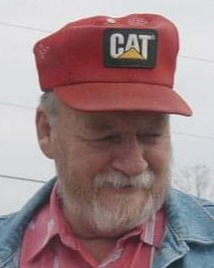 Born July 21, 1944, in Dyersburg TN, he was the son of the late Efford William and Mary Frances Williams Freeman. He was the brother of the late Dean Freeman, Efford Freeman Jr. and Lloyd Freeman. He was a retired truck driver, and was a member of Carnesville Church of God.

Services will be 3pm Tuesday afternoon at B D Ginn Memorial Chapel with Rev. Gary Ledford. Interment will be at New Bethel Baptist Church.

The body is at the Ginn Funeral Home. The family will receive friends from 1pm until 3pm Tuesday afternoon prior to the service. Condolences may be left at ginnfuneralhome.com.

To order memorial trees or send flowers to the family in memory of Johnny Freeman, please visit our flower store.