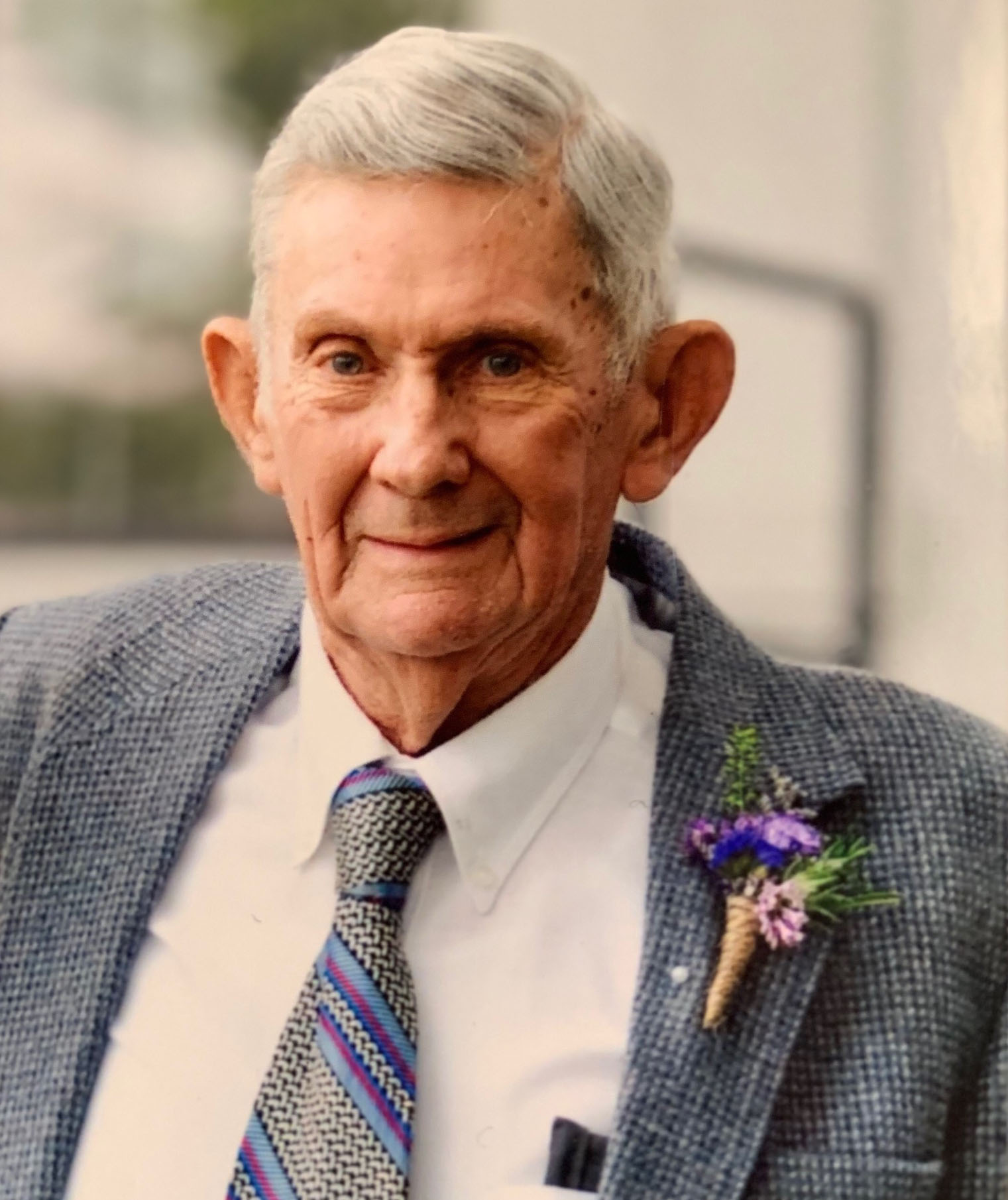 
Joe Burns Carson age 89 of the Red Hill Community of Carnesville, passed away Wednesday afternoon, January 16, 2019, at the Piedmont Athens Regional Medical Center.
Born May 2, 1929, in Red Hill, Georgia, he was the son of the late Fred and Anna Belle Bellamy Carson. Joe was a graduate of Franklin County High School, class of 1947. He married Sarah Vernell Chappelear on August 13, 1949 and they have been married for 69 years. He was a foreman for Coats and Clarke in Toccoa for 44 years. Joe went to work for Coats and Clark to play on their basketball team. He enjoyed playing basketball into his mid 30’s, and once played against the Harlem Globetrotters. He joined the Allens United Methodist Church in 1939 and was the longest active member. He served on numerous church committees over the years sharing much love and compassion with his community. He was a lifelong farmer and loved being with his cattle herd. His cows would come running with just the sound of his voice. He was known for being a handyman, and always figured out a way to fix anything. His gift for gardening was shared by many through delicious meals or bags of fresh and frozen vegetables. He always planted his vegetable garden by the moon signs. Joe was a true southern gentleman who raised his family to work hard and love even harder.
Joe was preceded in death by his parents, his son Randy Carson and his brother John Roy Carson. Survivors include his wife, Sarah Vernell Chappelear Carson; son and daughter-in-law, Mike and Ellene Carson, Carnesville; daughter and son-in-law, Kathy and Steve McFarlin, Carnesville; daughter and son-in-law Lisa and Jeff Beasley, Lavonia. His sister-in-law Betty Carson. His family continues with 7 grandchildren, Michelle Carson, Megan Cheek, Christy Burgess, Stephen McFarlin, Katie South, Camilla Correia, Kelsey Marchant; 15 great-grandchildren, Jaden, Carson, Cullen, Alex Mcleroy, Baylee Anderson, Presley, Jacob, Isabella, Carolina, Adler, Maudy, Manning, Payton, Gavon, Emma; 3 great great-grandchildren, Hiatt, River, Rowan. His biggest smiles were when his grandchildren came to visit.
Services will be Saturday afternoon at 2 pm at the Allens United Methodist Church with Reverend Paul Garner and Reverend Leon Carson. Interment will be in the church cemetery.
The body is at the Ginn Funeral Home. The family is at the home and will receive friends from 6 until 8 pm Friday evening at the funeral home. Condolences may be left at ginnfuneralhome.com. Flowers are welcome or make donations to the Allens United Methodist Church Cemetery Fund; 15817 Georgia Hwy 106, Martin, Georgia 30557.

To order memorial trees or send flowers to the family in memory of Joe Carson, please visit our flower store.