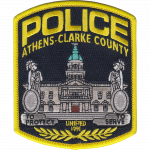 William Harold Pritchett, 77, of the Red Hill Community, passed away Friday evening, November 20, 2020, at his home.

Born August 9, 1943 in Commerce, GA, he was the son of the late Edgar Milton and Sarah Zilpha Herbert Pritchett. He served as a police officer for 25 years with Athens-Clarke County Police Department and later as a security guard for Athens Regional Medical Center for 17 years. He was a member of the NRA, Single Action Shooting Society, and Cherokee Cowboy Gun Club.

Memorial services will be 4pm Sunday afternoon, at B D Ginn Memorial Chapel of Ginn Funeral Home, with Joe Greene.

The family is at the home. They will receive friends from 2 until 4pm Sunday afternoon at the funeral home prior to the service. Condolences may be left at ginnfuneralhome.com.


To order memorial trees or send flowers to the family in memory of Harold Pritchett, please visit our flower store.