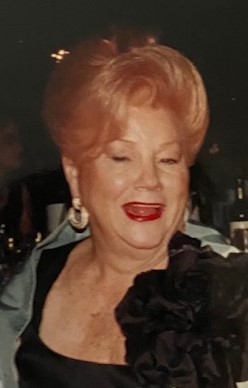 Born August 18, 1925, in Banks County,  she was the daughter of the late James Allen “Al” and Alice Loretta Gillespie Kesler.   She was the sister of the late Doris Kesler. Mepham, Quilla Inez Kesler Sheffield, and Gaylord Kesler.  She was in the music industry; a member of National Recording Artist Association; recipient of the chairmans’s award Georgia Music Festival and inductee into Georgia Music Hall of Fame 1984 as a non-preforming artist.   She was a member of the First Baptist Church of Atlanta.

Services will be 2pm Monday at the B D Ginn Memorial Chapel. Interment will be Prospect Church Cemetery. Condolences at ginnfuneralhome.com.

To order memorial trees or send flowers to the family in memory of Gwen Kesler, please visit our flower store.