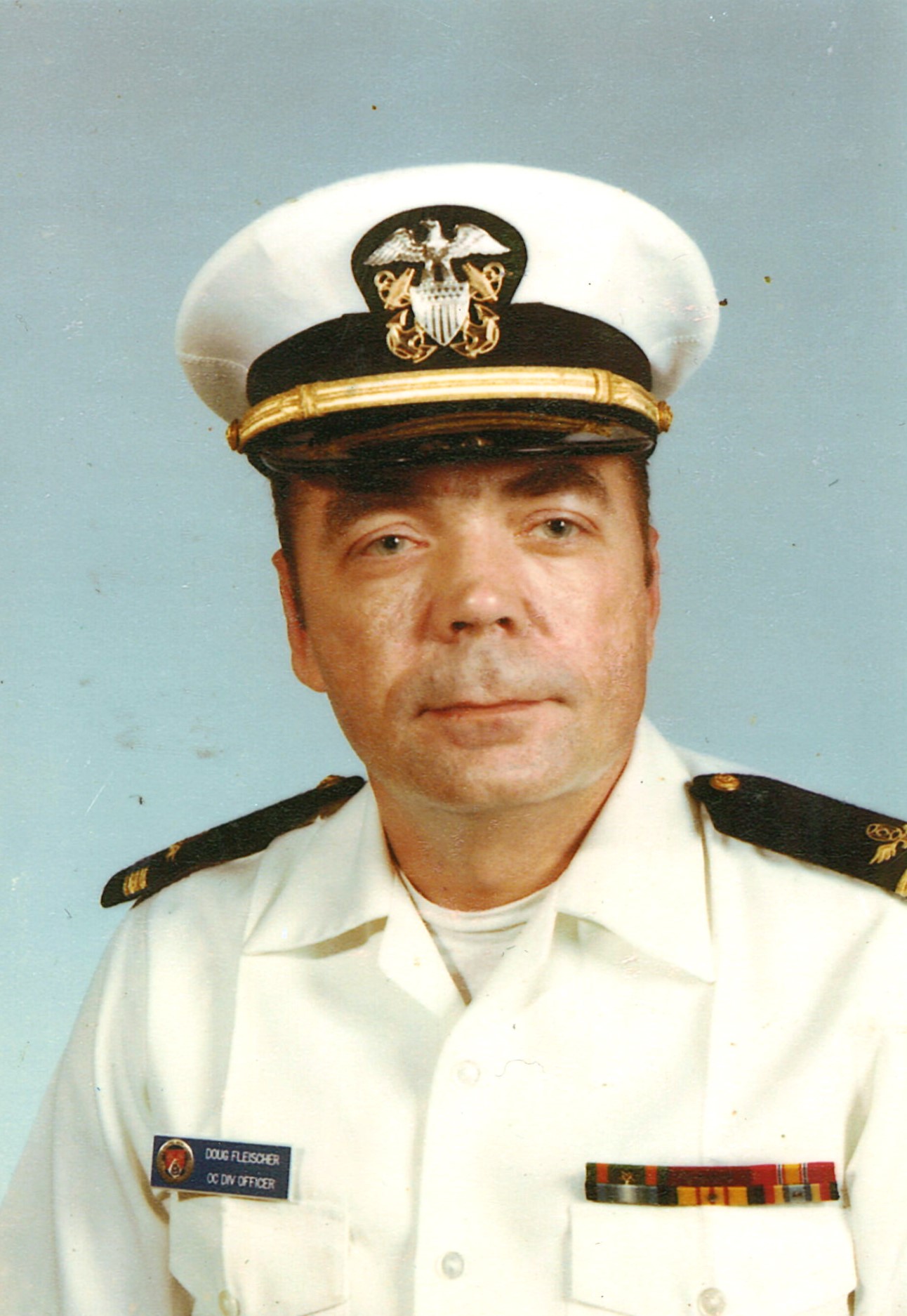 Born September 4, 1941, in Bayonne, New Jersey, he was the son of the late Joseph and Jean Fleischer. He was the widow of the late Thelma Davison Fleischer. He served in the United States Navy with 30 years of  faithful service. A chief warrant officer, his main position was an air traffic controller. He served aboard the USS Independence and USS Constitution, and others. He served during the Vietnam War, three tours of duty in Antarctica, and retired after duty in Jacksonville, Florida.  Upon retirement, he and his wife moved to Banks County, GA. He received an associate degree from Emmanuel College, and managed Book Warehouse in the Commerce Outlet Mall.

Services will be Monday morning at 11am at the B D Ginn Memorial Chapel with Rev. Ron Glaze. Interment with Naval Military Honors will be at Middle River Baptist Church cemetery.

The body is at the Ginn Funeral Home. The family is at the home and will receive friends from 3 until 5pm Sunday afternoon.  Condolences may be left at ginnfuneralhome.com.

To order memorial trees or send flowers to the family in memory of Doug Fleischer, please visit our flower store.