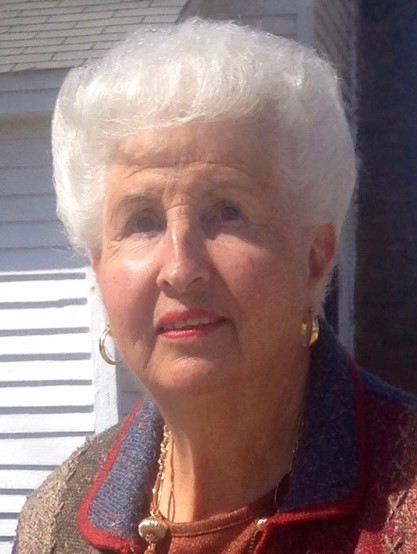 Mrs. Carol Andrews McClain , 81, of the Red Hill Community , passed away Sunday evening, Oct 10, 2021,  peacefully at her home.
Born on December 25, 1939, in Carnesville, Georgia, she was the daughter of the late R.E. and Willie Mae Poole Andrews of Carnesville. Mrs. McClain was also preceded in death by her brother James F. Andrews. She was a homemaker and a florist for many years at the Carnesville Flower Shop and at Piedmont Floral Pre-Made. Mrs. McClain was also an employee and a longtime member of Allens United Methodist.
Survivors include her husband: Joe C McClain; daughter Karen M. Westbrook ; two sons: Mike McClain and Kevin McClain,  all of the Red Hill Community; five grandchildren: Lane Westbrook, Clay Westbrook, John Westbrook, Leigh Ann Aderholt, and Whitney Cleveland; great-grandchildren: Gage Westbrook, Gracie Westbrook, Georgia Westbrook, Harper Lily Westbrook, Alyssa Aderholt, Gavin Aderholt, Maci Cleveland, Jackson Cleveland, and Adleigh
Cleveland.
Funeral services for Mrs. Carol McClain will be held on Wednesday, October 13, 2021 at 11:00 AM at Allen United Methodist Church with the Rev. Paul Garner and the Rev. Mike Westbrook officiating. Burial will be in the church cemetery.   The body is at Ginn Funeral Home.  The family is at the home.  They will receive friends at the funeral home from 6:00 PM to 8:00 PM on Tuesday, October 12, 2021  Condolences may be left at ginnfuneralhome.com.

To order memorial trees or send flowers to the family in memory of Carol McClain, please visit our flower store.