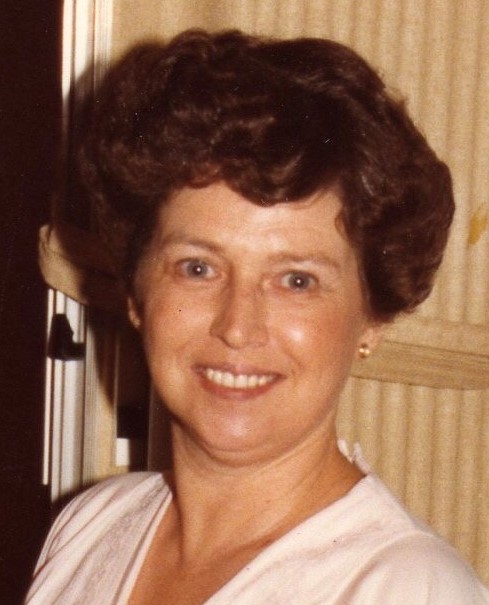 Camilla Dietrich Townsend Jordan was born on September 11, 1929, at Eagle Grove in Hart County and finished her journey on August 29, 2020, at The Veranda in Carnesville.

After Camilla’s father died when she was but a baby, she moved with her mother back to the family farm where she was raised through her childhood by her mother, her grandparents, and her aunts as the family’s little princess.  Just before she was 12 her mother married local farmer and businessman Julian Mewborn who treated the little princess as his own daughter. Her mother and stepfather added to Camilla’s joy when their family grew with the addition of Wayne, giving Camilla, now a big sister, a live baby doll.

Graduation from Royston High School came in 1946 .  She spent a year at Georgia State College for Women and her dad directed her to Business School.

Following business school, she began an executive secretary career at Lockheed in Marietta which lasted from 1951 to 1988, a career which she enjoyed immensely, making hundreds of friends along the way, including Betty Wallace. The business world of aircraft over 35 years came with occasional furloughs during which she worked in the credit department at Rich’s and charmed yet another group of colleagues. She mostly worked there for the discounts on cloth and yarn.

, 1948 in Royston, and together they raised their two sons in Marietta.

After retirement Camilla and Lewis moved back to Royston to live in his childhood home and she spent a stint as a substitute teacher at Royston Elementary School where her grandchildren were students. Being a grandmother was indeed one of her greatest joys in life.

Though a member of the Methodist Church, she would let you know she was just as much a Baptist as she was a Methodist. Apparently, she attended a tent revival as a young girl and decided to be baptized by the Methodists because she wasn’t letting anyone dunk her underwater!

A happy, positive woman, Camilla had many interests in life. She loved to craft – needlework, quilting, and knitting; she loved travel tours in the U.S. with friends; she loved vanilla ice cream and coffee with cream and a bit too much sugar.  But most of all, Camilla loved to tell jokes!  She was the ultimate band and JROTC mom, and was a faithful caregiver to many dear family members.  She loved sending cards and letters to her friends, which she continued to do even when her eyesight failed her with the help of her caregivers and friends who took her to shop for cards and then took down the messages she dictated.  Perhaps most of all she loved to talk on the telephone.  In her later years she would often call for directory assistance and talk to the operators.

The Jordan and Mewborn family extends its gratefulness to the staff of The Veranda of Carnesville for their loving and compassionate care during the last months of her life, and all the wonderful in home caregivers over the last few years.

The 2020 Pandemic will prevent us from holding the music-filled home-going celebration Camilla would have liked. We will have a graveside service on Monday and lay her to rest next to Lewis at Rose Hill Cemetery, Royston, GA.

To order memorial trees or send flowers to the family in memory of Camilla Jordan, please visit our flower store.