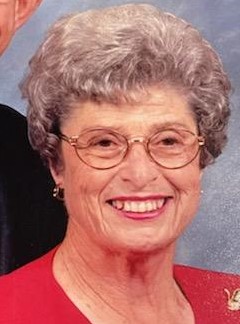 Born September 29, 1928, in Parkersburg, West Virginia, she was the daughter of the late Cornelius Neal and Hallie Etta Cherry Davis.  She was the widow of the late John Roy Carson. She was the sister of the late Alice Pado, Frances Pado, Anita, Ziegler, Evelena Roy, Alice Pado, and Marguarite Davis. She was the aunt of the late Daniel Pado, Tina Gilbert, and Tom Pado. Bette and Roy were married May 21, 1948 in Cleveland, Ohio. They later moved to Birmingham, Alabama, until moving to Carnesville in 1984. She was an active member of Allens United Methodist Church and UMW.

To order memorial trees or send flowers to the family in memory of Betty Carson, please visit our flower store.